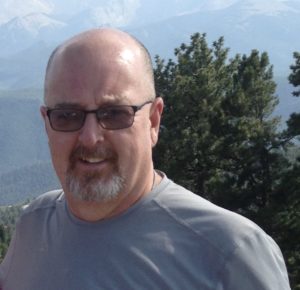 Live as a catalyst for transformation in myself, others, and churches; that bring us individually and collectively into a deeper life of discipleship and multiplication.

Mark was born and raised in Charleston WV. He also called Moundsville, Huntington, Ravenswood, and Ripley WV home before a stint in Parkersburg WV. After leaving Parkersburg he and his wife had an extended stay in cites of Columbus and Zanesville Ohio.  In April 2019, they relocated to Pueblo, CO.

Mark W. Douglas is a pastor (since 1996), denominational leader (since 2019) college educator (since 2013), entrepreneur/CEO (since 2005), speaker, and consultant.  He has also been a church planter and professional fund raiser (Boy Scouts of America).

Mark is a lifelong student of history and culture. He connects on a personal level with individuals with where they are in life. Mark sees people as unique individuals who have much to offer.

Since July 2019 Mark has been serving as a District Leader for the Colorado/New Mexico/South Dakota District of The River Conference (theriverconference.org), Free Methodist Church USA (www.fmcusa.org).  He works in partnership with The River Conference (theriverconference.org) Superintendents to provide oversight & guidance, assisting churches in pastoral vacancies, Team of Teams leadership, and supporting local church pastors.

In May 2020, Mark completed training with SLI (Spiritual Leadership Inc – https://spiritual-leadership.org/).  He is currently part of a apprentice cohort with SLI.

Mark is currently the CEO / President of Mark W Douglas LLC (www.markwdouglasllc.com) – incorporated in 2005. While the company has been involved in residential and commercial construction and the entertainment industry – professional audio reinforcement, professional stage and theatrical lighting, and professional video projection – the primary focus of the company today is leadership, ministry development and education.

As a keynote speaker and workshop facilitator, Mark has engaged many audiences on a variety of topics. Using his visionary gift, Mark continues to help individuals, organizations, and agencies understand their unique vision and how to strategically position themselves to achieve their specific mission and vision. Mark is also in demand as a coach / mentor to individuals, church leaders, and business leaders around the specific areas of spiritual formation, leadership and visioning.

His academic career began in 2013 with a phone call from Zane State College needing an instructor for their theatre class.  Central Ohio Technical College reached out shortly thereafter looking for someone to teach Ethics and Critical Thinking.  So, Mark’s academic career began and continues today with a primary teaching load in the area of Philosophy.  Here are the classes he has or currently teaches:

In the Summer of 2013, he began serving as part of the Adjunct Faculty at Zane State College (www.zanestate.edu) teaching:

In August 2019, Colorado State University – Pueblo (www.csupueblo.edu) reached out to Mark to be part of their Philosophy Adjunct Faculty teaching:

Mark has also developed for Colorado State University – Pueblo (www.csupeublo.edu) – online classes that began launching in the summer of 2020 and beyond:

In December 2021, Mark will be facilitating a course for DIA (Development Associates International – https://daintl.org)

In addition to being, a CEO / President, Pastor / Denominational Leader, and college educator, Mark is –